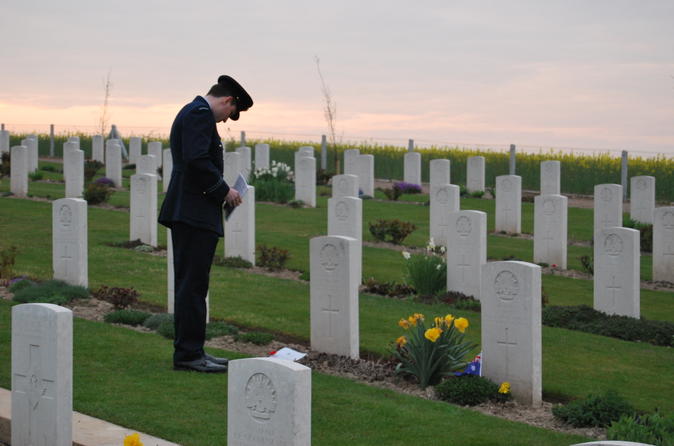 Commemorating the Australian New Zealand Army Corps which came together to aid the British Empire during World War I, ANZAC Day marks the anniversary of the first major military action fought by Australian and New Zealand forces during the war. It originally commemorated the landing of forces at Gallipoli on April 25, 1915 – which would ultimately prove a bloody failure – but  ANZAC Day has grown to become an important Australian day of remembrance around the world.

Make sure to get plenty of sleep the night before ANZAC Day, as you’ll depart Paris in the early hours to make it to the dawn service in Villers-Bretonneux, located about 2 hours north. When you arrive, you'll attend the 6 am ANZAC Day Dawn Service, which honors the sacrifice of the Australians and New Zealanders during the war. This moving service is a major part of the tradition of ANZAC Day, dating back to the military practice of 'standing to' at dawn, the most favorable time for the attack. The ANZAC legend was poignantly put into words by Sir William Deane, Governor-General of Australia: "Anzac is not merely about loss. It is about courage, and endurance, and duty, and love of country, and mateship, and good humor and the survival of a sense of self-worth and decency in the face of dreadful odds.”

After the dawn service, you’ll spend the rest of the day on a guided tour of the surrounding Somme area, a part of France that suffered severely in the violent and bloody battles of WWI. Visit Somme's many battlefields, memorials, cemeteries, and landmarks while hearing vivid stories and learning about the successes and failures of WWI from your guide. Visit the massive Lochnagar Crater in the village of La Boiselle, followed by the site of the Battle of Pozières. Next, visit the Thiepval Memorial.

At the end of your ANZAC Day tour, hop back in the coach and return to Paris around 3:15 pm.

The price does not include:

Great tour, very informative, hosts great, weather let us down, although can appreciate what it was like in 1915. A bit of a wait for buses to pick us up after the ceremony.
Barry Ward

This tour was amazing !!

This tour was amazing !! Right from the moment we met Nicola on the Opera Garnier Steps at 1.30am to the very end. We travelled in a comfortable coach to Villers Bretonneux. The Entrance to the Dawn Service was well organised and the Ceremony itself was very moving. At the end of the ceremony we travelled through the Battlefields of the Somme. Nicola and Regis had an incredible knowledge of World War 1 and of the individual battles. Both Nicola and Regis were friendly, and helpful and nothing was too much trouble. We enjoyed this tour immensely and would highly recommend it to others even with the 1.30am meeting time Thank you for a great day. Lynne and John
Lynn & John STROUD

We also did the Villers-Bretonneux tour in April 2016 and Lynettes comments earlier are a very good description and sum up our experience exactly. Recommended.
Peter WATERS

My husband and I went on this tour to Villers Bretonneux for the dawn service on Anzac Day, 2016. We met up with our tour guides Nicola and Regis at Opera Garnier and left Paris at 2.15am. When we arrived at Villers Bretonneux the tour guides provided us with ponchos, croissants, orange juice and water along with information on the order of service. On arrival the security was understandably strict after which each person was given booklets and 2 pins for the service. The Dawn Service itself was a very moving experience. After the Service there was a wait for each tour bus to be called in turn because there were a lot of people and tour buses! Our tour then continued on to visit a few of the battlefields and memorials with Nicola and Regis who were very friendly, efficient, knowledgeable and informative. This is a must-do tour for Australians and New Zealanders but wear a lot of warm clothes and a waterproof jacket - we were lucky it didn't rain. We returned to Paris at 3.45pm.
Christina R.

Loved this Tour, was pricey, but money well spent. Picked up at midnight and driven to Villers-Bretonneux for the transfer to the Dawn service, given a gift package that had some light brekkie. After Dawn service we went on a day tour of the battlefields. Nicola the guide was extremely knowledgeable, and loved to talk, we all loved to listen, when someone knows what she does, why wouldn't you listen. Don't hesitate to book these guys, it is well organised and a great day, with other like minded individuals for the day.
Brendan S.

We really enjoyed it!

We attended the VB Anzac Day service hosted by Richard and Nicola (English). The tour left Paris on time and both ensured we were well equipped with all information for our arrival and the agenda for the day. They also had water, juice and ponchos available for everyone and at the service there was complimentary tea, coffee and croissants. Nicola’s knowledge was extensive and she gave some great insights into the region and the history of the WW1 battles and what it meant, especially to Australians. We would thoroughly recommend the tour to anyone. Note: be prepared for an early departure from Paris (2am).
Rachel W. 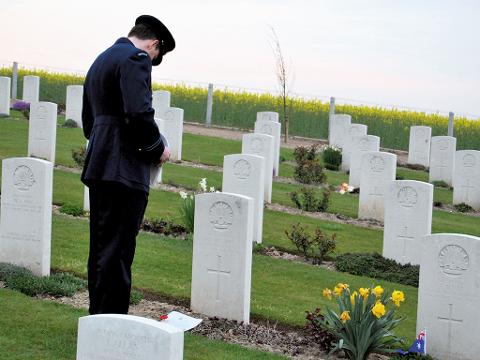 The full horror of 20th century industrialised warfare was nowhere more intense that in the Somme in 1916. Come and join us for a day of remembrance and discover some of the areas which suffered severely in these violent & bloody battles. 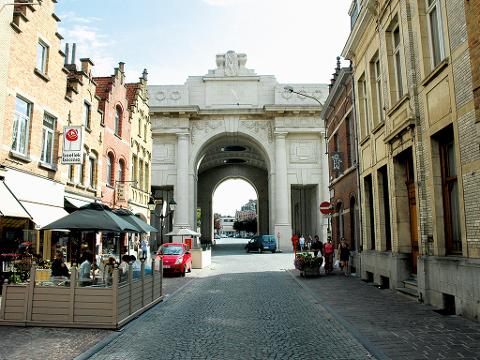 Come and join us for a day of remembrance. During the day you will discover this part of the Western Front where hundreds of thousands of soldiers from all over the world fought between 1914 and 1918. 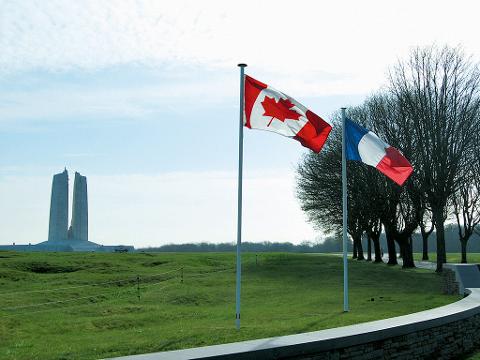 During this tour you will follow in the footsteps of the brave soldiers who fought and died on the Artois battlefields.